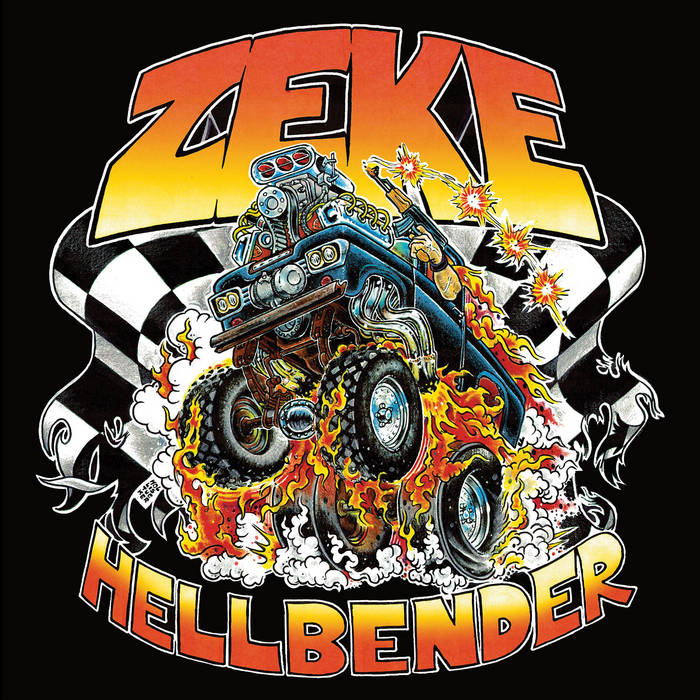 Nik Havert They haven't lost a step after 14 years. They still hit as hard as ever.

James Downing-Groth Holy hell. Album rips start to finish. Hadn’t listened to Zeke in well over a decade and I’m reminded how much I used to love them. Glad to have this in my collection.

ransik187 Been listening to Zeke since I was 10 years old & they never disappointed me. This is no exception. Hard, fast, and unrelenting as always. Favorite track: Working Man.
more...

Seattle punk legends ZEKE return with their first new album in over 14 years entitled Hellbender! Short, fast, loud, and to the fuckin' point, Hellbender contains fifteen tracks laced with ZEKE's signature mix of hyperspeed thrash-punk and Motörhead possessed, hard as nails, rock n' roll. Complete with raucous, in-your-face production by Jack Endino (Nirvana, High on Fire, The Accüsed), Hellbender is the culmination of a band 25 years into their career, sounding more aggressive, immediate and turbo-charged than ever before! Ride to live...

ZEKE established a nasty disposition while cutting teeth on their own brash hardcore punk. ZEKE formed in 1993 with an original lineup of Blind Marky Felchtone, Donny Paycheck, Mark Pierce, and Dizzy Lee Roth. The band’s first release was 1993’s ‘West Seattle Acid Party’ single on Wrecking Ball Records. ZEKE then set out to bring their energetic recordings to the stage. ... more

Bandcamp Daily  your guide to the world of Bandcamp

New sounds from Mavi, Ivy Sole & Moderator, plus AJ, the One joins the show, for her latest release